Skip to main content
A more-than-twenty-time award-winning, third-generation cobbler, Jim McFarland has seen a lot of shoes. Jim learned the shoe repair trade from his father, growing up in the business he took over in 1986. Today, The Cobblers is thrilled and honored to have him aboard as a resident master and credible resource; Jim is a hands-on fountain of insight, artistry and mentorship. Jim is an exemplary leader in the shoe repair industry, having served several terms on the SSIA’s Board of Directors, as well as two terms as President. He has also served his industry as a judge for the Grand Silver Cup for the last 18 years, since having received the honor himself. The prestigious Grand Silver Cup is bestowed unto its winner just once in a lifetime. Once you win it, you win it. And well, with Mr. McFarland on deck, The Cobblers and discerning clientele win bigger yet, every single day.
TRAIN WITH JIM 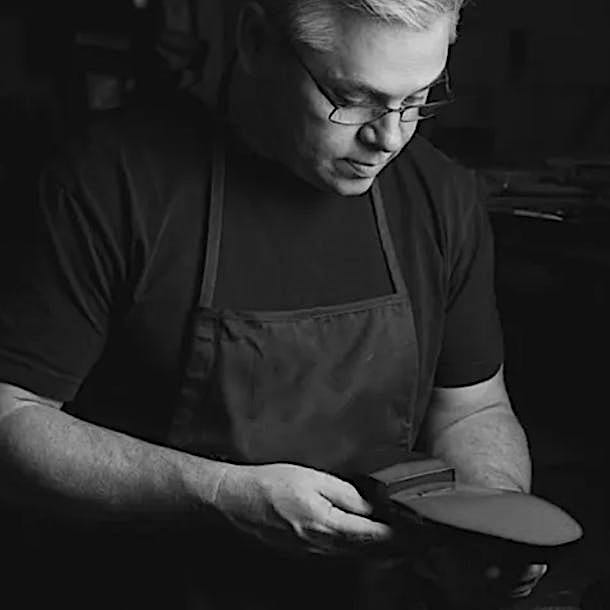 Mr. Strong began his 36 year career as a cobbler at age 20, learning all aspects of the trade from his father-in-law, diving hands-first into damaged shoe soles, leather rips, and challenging dye work before quickly expanding his horizons with custom leather work shortly thereafter. The custom repairing of rips is his forte, along with leather re-dyes. He’s been at for decades and has spent his last 30 years working as a trusty go-to artisan for a roster of prestigious retail clients.
TRAIN WITH JIM 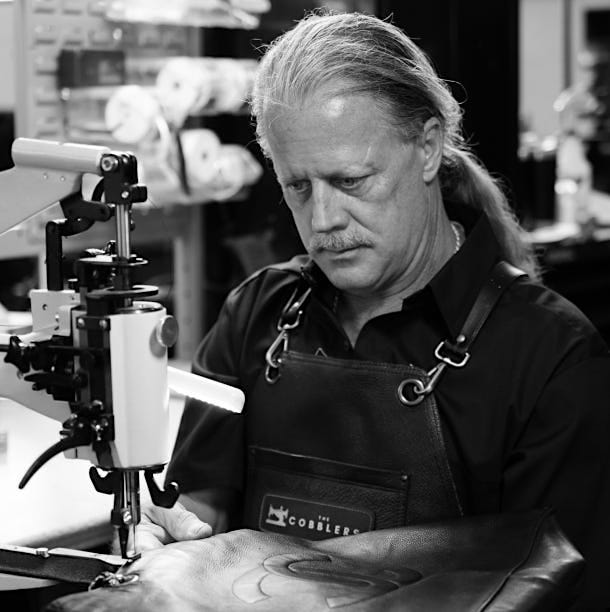 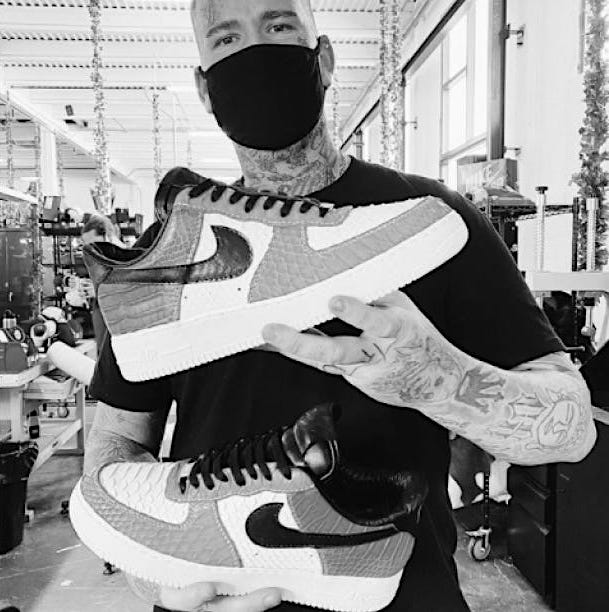 Starting, his was still very much a small business. A team of two, Raleigh Restorations consisted of Derrick and his wife Corley. The standard was set by the quality and resources of a large company, while still focusing on those personal small business touches that make the difference. Derrick began restoring his own sneakers in 2010, buying used shoes to restore and “flip” them. Nine years have passed and he still does what he loves, but a little differently. Not long ago, Derrick's focus shifted onto teaching his specialized art of expert sneaker restoration and customization.
TRAIN WITH DERRICK 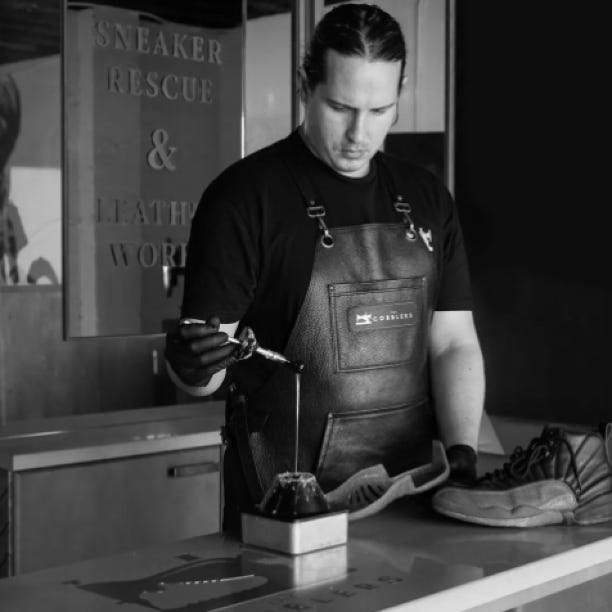 Reinventing sneaker design and shoemaking with fresh takes on customization and a thoughtful, innovative focus on sustainability is what Swar Sahgal has become synonymous with. This SAIC grad’s integration of emerging technology for restoration is informing artisans and consumers about digital transformation and sustainable sourcing for the improvement of the footwear industry. Through modern tools, Swar engages in thorough explorations of the challenges that are faced by shoe manufactures and the future solutions that will support the evolution of the footwear industry.
LEARN WITH SWAR 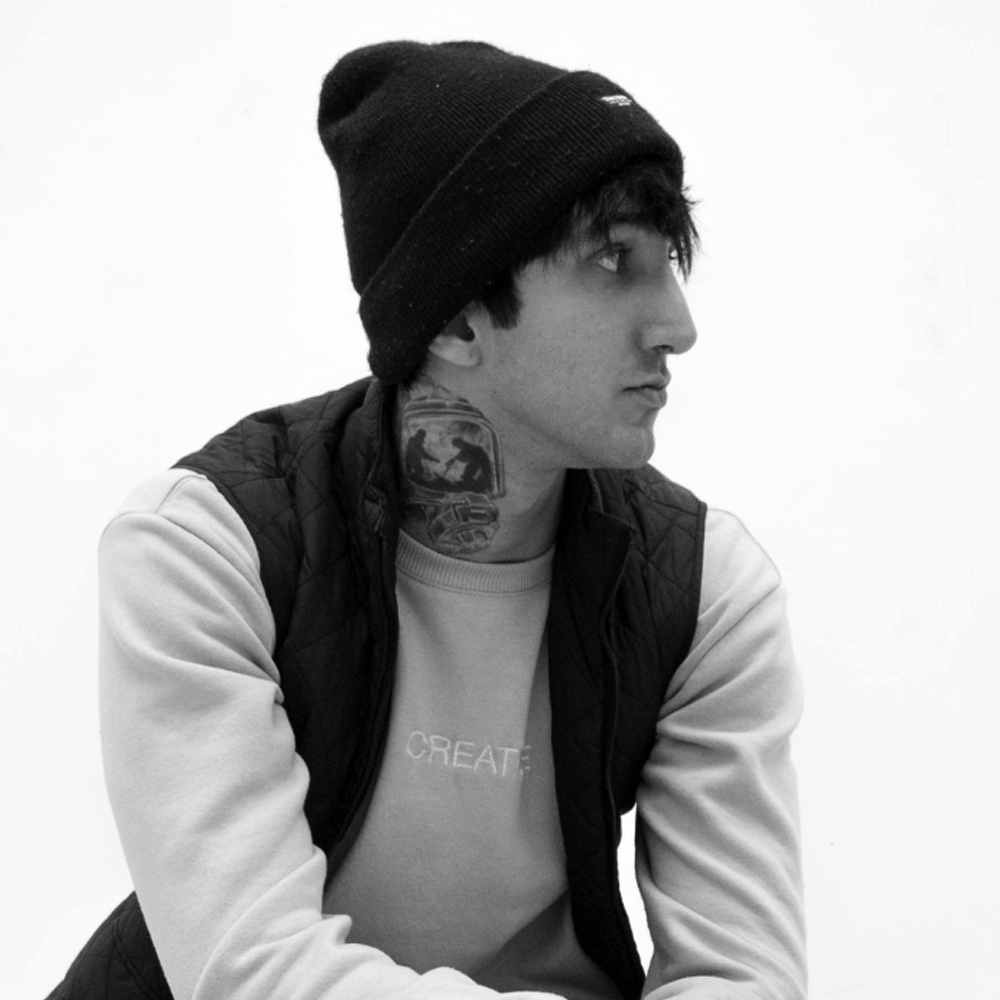